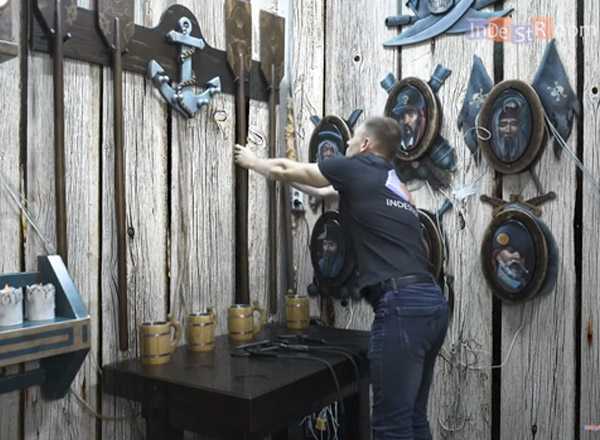 There are many requirements for a good escape room theme. It doesn’t matter if there are great puzzles and decorations if the theme of the quest was poorly chosen. The game should be challenging, unique and fun, so you need to pay great attention to choosing a unique escape room theme idea. A great solution connects all parts of your story and makes the game more enjoyable.

Escape room themes can be divided into 8 big groups based on their main escape room ideas:
· Escaping from thrilling circumstances. It can be anything that is dangerous enough. Surely, there are no actual threats, but you are all into the game, and that the process is even more interesting. Zombie stories are pretty popular. The same goes with serial killers, famous villains, cages, dungeons, etc. Breakout game ideas usually include some actors, and so the game becomes realistic. A team has a limited amount of time to solve puzzles and escape from death.
· Investigating a crime. You and your teammates are detectives now. The game takes place in a crime scene. It’s your duty to find out what has happened there before. You can be the next victim if you are not quick enough. There can be false clues, and some witnesses might lie, so it’s not going to be an easy task.
· Solving a mystery. This escape room theme has a lot in common with the previous one. However, there is a significant difference. However, there is a significant difference. It can be any unsolved mystery connected to history, science, TV shows, etc. Decorations and costumes are chosen according to the escape room theme ideas. Find any information about an event, solve puzzles and collect clues in order to win.
· Defusing a bomb. Nobody wants to get trapped in a room, and it’s even worth if there’s a bomb inside. What are you going to do to prevent it from exploding? Right, you need to get codes by solving puzzles. You will be safe and free if the code is written correctly. This escape room theme is for those people who can keep control under pressure and use logic along with teamwork instead of panicking.
· Finding someone. A person is missing, and it’s your responsibility to find him or her. Look for the hints hidden in the room to make that happen. The person could be anyone. The most popular options are politics, historical figures, modern celebrities, etc. It all depends on what your target audience likes the most.
· Rescuing people. Someone is in a threating situation. Nobody can help, but you. It can be an ordinary person, a soldier or a special agent, so you will be rewarded for completing the mission. Find items that the person left behind. Maybe, he managed to send a message with a clue. You and your team are the only ones who can check that.
· Espionage. Have you ever dreamed about being a military spy? Maybe, a corporate one? It’s time to shine! Your team gets a mission. You need to get into an object, steal some item or secret and get back to safety. Be careful! You can be caught at any moment! A burst of adrenaline is ensured in a spy themed escape game.
· Finding a cure. A virus is going to kill people all around the globe. Nobody, except for your team, is going to help. A scientist that has created the epidemic has left some clues in the laboratory. Find them and save the world. 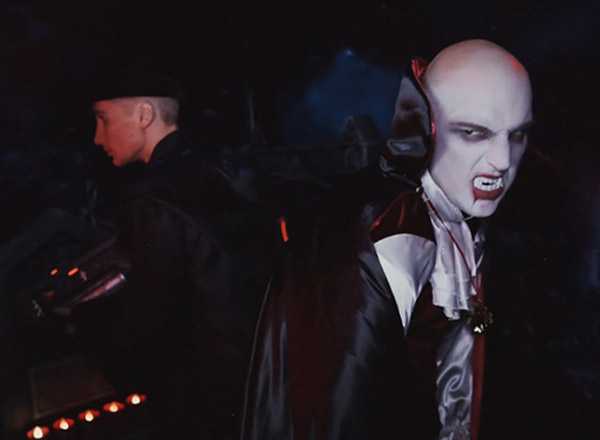 WHAT ARE THE MOST POPULAR ESCAPE ROOM THEMES

There are no universal escape room designs for the escape room quest. People think different, that’s why this approach doesn’t work. However, topics can be divided by age groups and hobbies. Choose one of the presented themes based on your target audience. 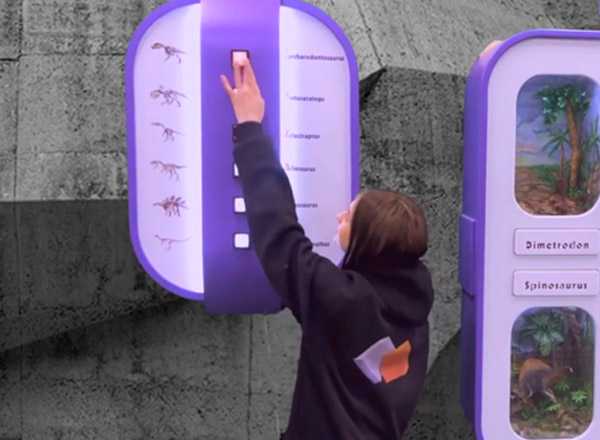 ESCAPE ROOM THEMES FOR YOUNG PEOPLE
Superhero movies have become a lot more popular escape room themes in recent years. They were described as childish before, but the situation has changed. Thanks to Marvel and DC, most superheroes are now designed to be loved by teenagers and students. So why don’t you build an escape room resembling Gotham city, for example? Everything can work, just be creative. 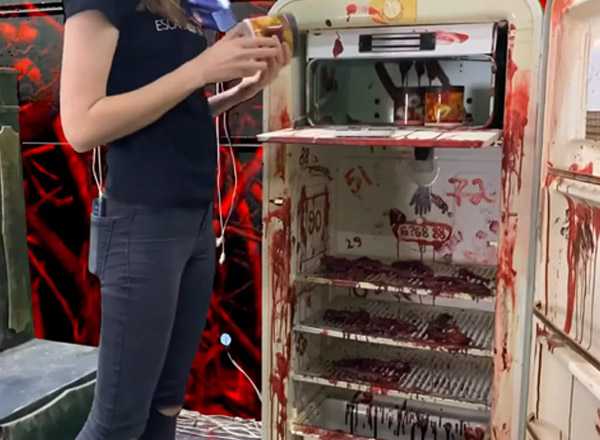 There are many TV shows about zombies. You can take advantage out of this fact. Think up a story about the start of a new infection and make players find a way to stop it. Young people will like this thrilling experience if other aspects of an escape room are good enough.
ESCAPE ROOM DESIGN FOR OLDER PEOPLE
Most escape rooms themes are designed for a younger audience; however, it doesn’t necessarily mean that older people don’t like playing. All you have to do is just build the one that is suitable for them, and choosing an escape room theme is the most important part. Pay a lot of attention to it.

History themed escape rooms are preferred in this case, as it’s interesting to recall events you’ve been a part of. Moreover, the majority of people know the subject well, so even ancient time history will be great. Another possible topic is solving some scientific or political mysteries. Keep in mind that playing shouldn’t be physically exhausting, otherwise the process won’t be enjoyable. 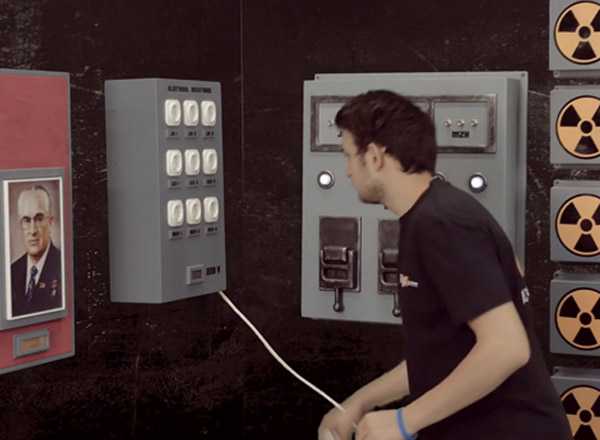 ESCAPE ROOM THEMES FOR CHILDREN
The majority of children like watching cartoons, so making an escape game based on some popular titles will be great. It can be both modern movies (Zootopia, Frozen, Inside Out) or classic ones (Cinderella, Snow White, Lion King). The gender of a child is also important, as boys don’t really like cartoons about love and girls prefer not to watch movies about cars and fighting. 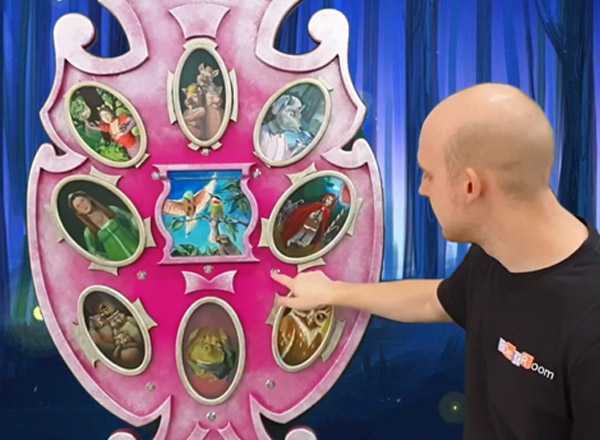 Parents usually pay for their kids, and some of them want family escape room to be educative. Laboratory theme can be a good escape room idea. Make sure that puzzles are not too difficult. You should test them on your own kids or relatives before you finish making the room.
ESCAPE ROOM DESIGN FOR FANS OF HORROR STORIES
Clowns seem very friendly and funny. However, Stephen King taught us that they can be scary, as well. “It” themed escape room are among the most popular ones. A team will play kids that look for a way to fight the clown. Zombies and paranormal activities can work, too. Don’t forget to employ actors to make it even more thrilling. 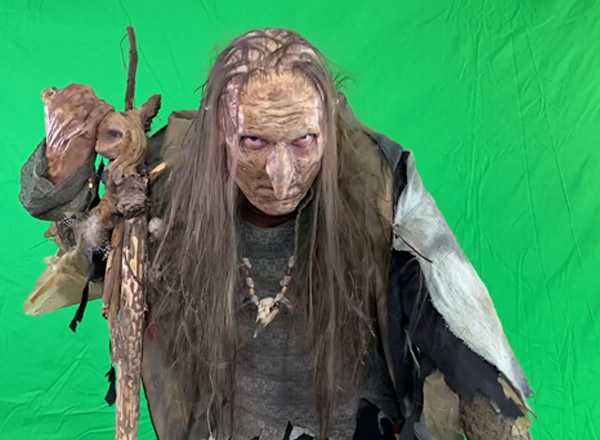 ESCAPE ROOM THEMES FOR FANS OF NONFICTION
The most common escape room designs and themes for nonfiction lovers are laboratories or history-related places. Decorations are a key part of success in this case. 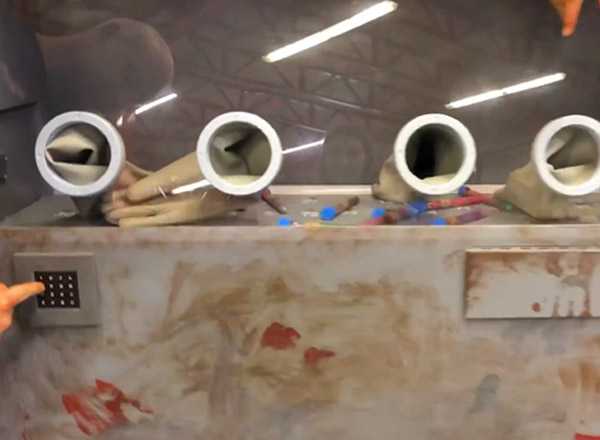 What makes a good escape room

Now that we’ve learned about escape room theme ideas, let’s move on to a question of our customer. It is a combination of several factors that are all equally important. Here they are:
· Theme. We’ve already discussed how significant it is. All you have to do is just use your imagination. Being inspired by films and books is also great, but don’t make an escape room theme sound too cliché.
· Story. Put as much details as possible, as it’s a good way to set up specific atmosphere. Players should be aware of why they do something and what the result will be.
· Puzzles. Don’t make them too difficult nor too easy. You have to find the right balance, otherwise the game will be boring.
· Decorations. Apparel may seem not so important, however that’s not true. Use only high-quality materials to make your escape room design really fantastic. Buying expensive items will eventually pay off.
· Software. Players won’t see the majority of programs and devices that are used in the room. They are designed to make your work easier and much more enjoyable. Cameras, programs, computers can help a lot. 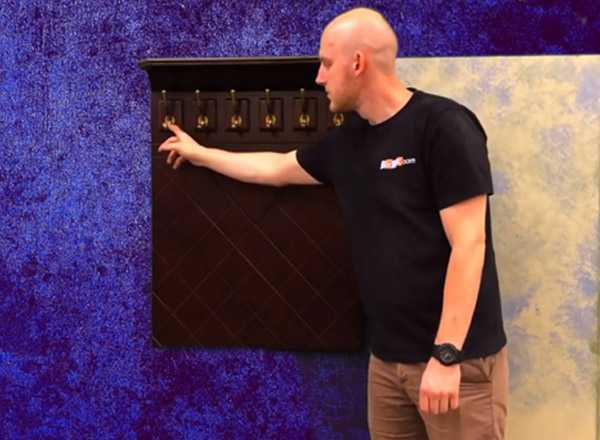 You can find all the items for escape rooms in our catalogue. Contact us if you don’t find anything you need. We’ll gladly create and set it up for you at a reasonable price.
Date: 16.01.2021
Author: INDESTROOM 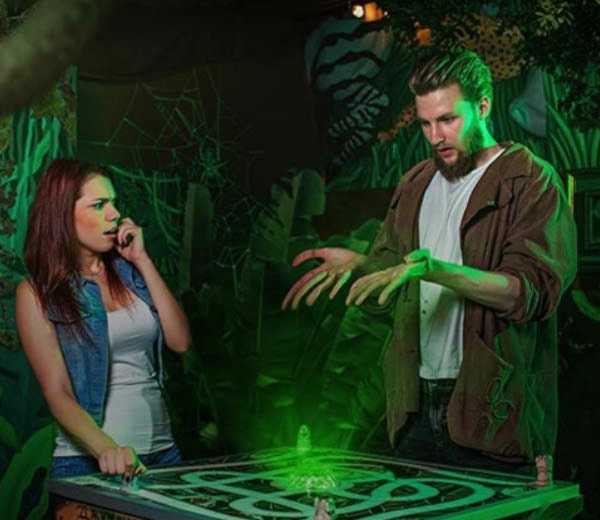 Is It Profitable To Be An Escape Room Owner?

The escape room industry is relatively new. 15 years ago it emerged in Japan and made its way into the Western and Eastern markets in the early 2010s… 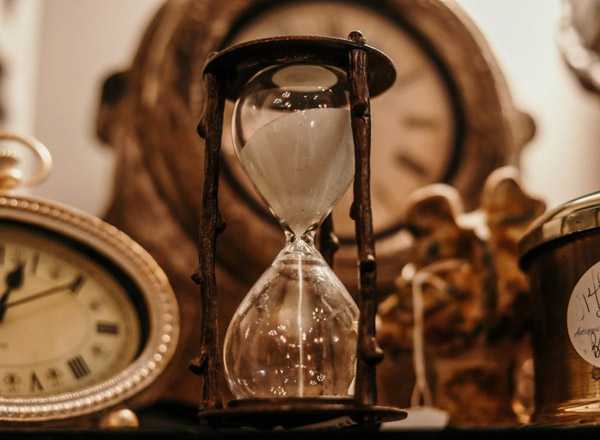 How to write an Escape room narrative

Escape rooms are an interesting pastime for anyone. They feature a number of players, a room full of puzzles and an exciting scenario, where one player has to find the key to… 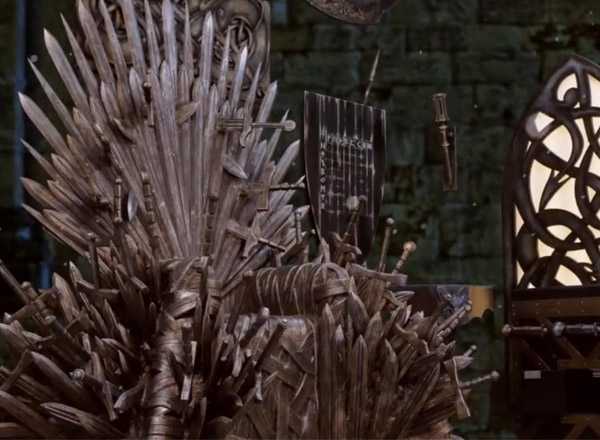 How to start an escape room business

Escape rooms have become a much more popular form of entertainment. People watch films and videos of others doing various challenges and want to try it themselves… 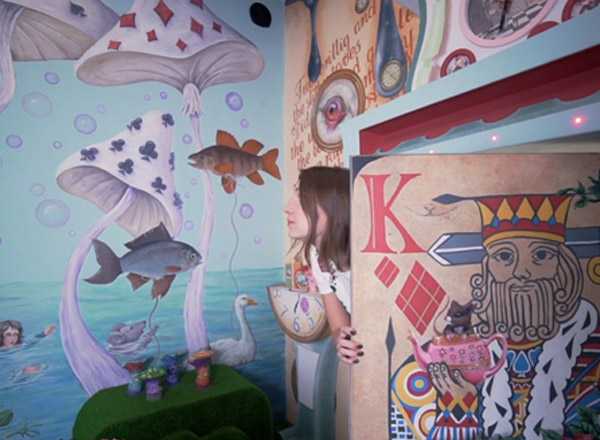 What is an escape room 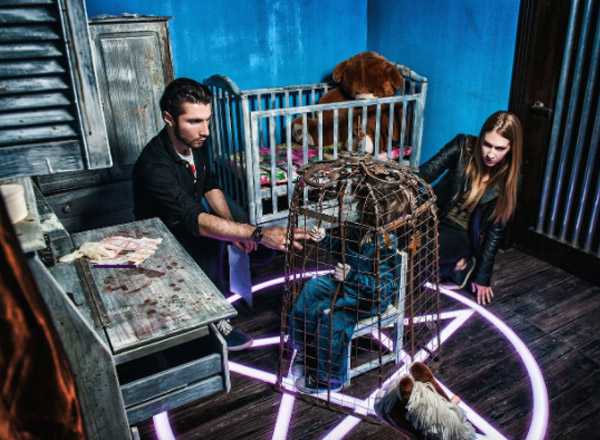 For some inexplicable reasons escape rooms have become popular, not only among young people, looking for a thrilling experience on a Saturday night, but… 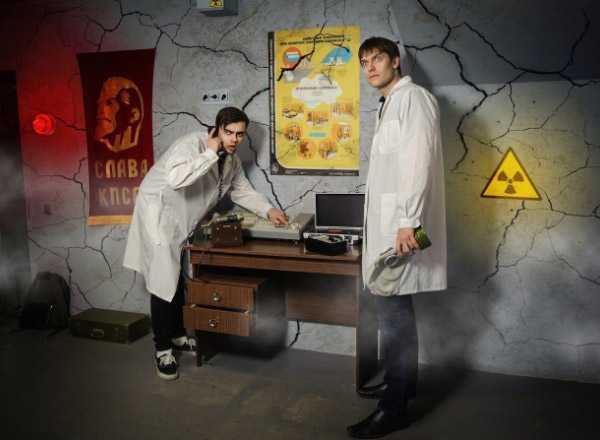 How to make your own escape room

Everybody loves puzzles, and if you are creative enough, then it’s a great idea to make your own escape room. Surely, it’s not so easy, so prepare to spend a few days on that…

Read more
Do you currently own any escape rooms?
Yes
Not yet
Which themed Escape Rooms do you already own?
Size of the space avalible for the Escape Room
Which theme of ER are you interested in?
Adventures
family
fantasy
film
historical
horror
Where are your ER located?/ Where do you expect your ER to be located?
city centre
shopping mall
city outskirts
residential
Population number in your city
< 50k
50-100k
100-300k
300-500k
What is your budget for Escape Room?
< 10000 $
10000-20000 $
20000-30000 $
> 30000-50000 $
Leave your contact information and we will send you a personal offer according to your needs
May the force be with your application
Fields filled in incorrectly:
The field "Phone number" is required.
PREVIOUS STEP
NEXT STEP